It’s been quite a decade working in the corporate world. I started out working as a daily wage labourer in an industrial factory some 16 years ago when I was 18 years old. In the last 15 years, I have had multiple jobs (web developer, content writer, marketing, enterprise support), started businesses (blogging business and a saas venture that didn’t quite work), failed terribly, succeeded in few and gone around in circles. Thought would write down some of the learnings I have had in the corporate world. 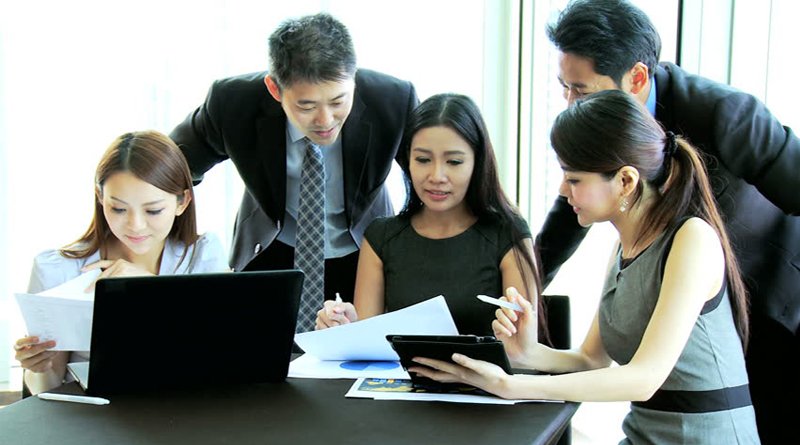 1. A management career has more snakes than ladders. When you start managing others, you will be judged by how your team members perform.

2. If you aren’t efficient, your manager will micromanage you. That’s your fault. Not his.

4. There are no friends and enemies in an office.

5. A salary is not an entitlement, but a reflection of contribution. It’s a business deal. Neither of you are doing each other any favour.

6. Most people don’t quit their jobs, they quit their managers. If you get a reasonably good boss, stick. These are the guys who decide whether your life is good or whether it’s a living hell. Working in a large/rapidly growing company is pointless if your manager is garbage. Choose managers – not companies. A good boss in an average company is to be preferred over a garbage boss in a multinational firm.

7. Responsibility gravitates to the person who can shoulder them.

8. Don’t think the receptionist as just a receptionist. They have more power than you. They know about all the internal things and secret news that you don’t know and you will never know. Respect people regardless of their position.

9. Shit travels up. If I complain to my boss, then he’ll complain to his, and so on. Never complain about your superiors to peers or staff.

11. Your boss could be friendly, but at the end of the day, he is not your friend. Respect boundaries.

13. In any company, everybody is a sales person. If you are not selling anything, you are an expense.

14. It’s not what you know, it’s who you know. The best careers and jobs will come from people in your network who are already working in a company and can refer you to an opening. So network aggressively.

15. Everyone is replaceable and will eventually be replaced.

16. Managers are professional politicians. He may be doing simple chit-chat with you but you never know what he is actually doing and why he is doing it.

18. Nobody owes you a career. When you face a tough time in life, nobody cares. You are on your own, always.

19. Never write an email when you are angry. It reflects.

21. If someone is gossiping with you about a co-worker, chances are they are gossiping about you to others. Take it all in but never pass any comment or verdict.

22. The higher up the ladder you go, the number of people seeking to sabotage your position increases exponentially.

23. Ask for that raise or promotion. If you aren’t getting that raise or promotion even after you’ve given it your everything, ask for it. There’s nothing shameful in asking for what you think you deserve. You’ll be surprised to learn how much you can get just by asking – in the appropriate manner of course. Hesitation will get you nowhere.

24. Your looks and the way you dress matters. Dress for the job you want, not for the one you have.

25. Your degree matters. You will realize this when you are competing with a guy of equal strength and talent who has an MBA from a good B school and you don’t have it, he may get the preference or the next promotion.

26. Writing a good email is sometimes more valuable than your actual work. People will judge you by what they see or read, and most often, that is reflected in your emails to management.

27. The nicest people in an office are the wolves in sheep’s clothing. Watch your back!

28. Most of your problems at work will emerge not from external people but by how you interpret things in your own head.

29. Survival of the fittest. You could be the smartest guy in the room but if you don’t fit in, you will eventually have to move out. That’s how it works.

30. Always get it in writing. If it is not in writing, it never happened.

31. Don’t blame your boss or superiors, they have enough problems already. You never know where they are coming from. You will never understand their challenges until you walk in their shoes. If something is unreasonably difficult, give up. But never blame anyone.

32. Never be the first person or last person to speak in a meeting.

33. If multiple people are in a meeting or a video conference, the guy who is running the meeting is most likely not the actual leader. The actual leader or the decision maker is usually silent and a mere spectator, who delegates the job to someone who can run the show. Never confuse the showman with a decision maker.

34. If you are managing people, you will often have to deal with complainers, crybabies and reports who always have a problem with every small thing. These are the people who are likely to quit soon, so start looking for replacements even before they give a formal notice.

35. The higher someone screams, the more insecure they are. Bosses and Leaders are the top are very, very insecure. They won’t show their insecurity to you, you have to understand their insecurity.

36. The dog bites you not to harm you, but because the dog feels attacked by your presence, behavior or the way you are doing something. When someone in the higher up gives you a tough time, remember that he is feeling attacked or threatned by something. Try to analyse what is it but keep your mouth shut. It is tempting to give a response then and there but that’s usually a mistake during a heated argument. Keep your calm, reason it out and then work out a plan to give that person some psychological security. Don’t try to fix his insecurity, just give him the security.

37. You will not be missed. People will forget you in less than 3 weeks after you quit a job. See point #4.

38. In the corporate world, perception is a reality. How someone sees you is what you are, not what you think you are. You cannot always change someone else’s perception or how he/she sees you. That’s why people change jobs.

39. Never take unnecessary debt. It’s tempting to buy that car or buy a house on EMI or have a big fat wedding. Don’t do that. See point #15.

40. Stay away from office romance as far as it is possible. It usually does not end up well. You will either lose on the relationship front or in the career front. Do not mix your personal and professional life, keep clear boundaries.

41. Never outshine the master. (ref: Robert Greene’s 48 laws of power). Always make your superiors feel more powerful. Always give them the illusion that they are in control and you are doing what they want you to do.

42. There will be highs and lows in your career. You will quit jobs. You will start a business and FAIL. You will have unreasonable bosses screaming at you. You will be fired at some point. You will fail interviews. All of that is part of the game. Everyone else is also in the same boat, it’s just that you think your situation is worse than others.

43. Learn to identify the courtiers around a king and influence them positively. That is the way you get closer to the King and be a courtier yourself. It’s not politics, it’s intelligent thinking. If you don’t do this, you will never stand out in a crowd of people clamoring for attention.

45. The average age of a successul founder is 45. So if you see a 22 year old college dropout earning billions, don’t get upset or disheartened. You are only looking at an exception. You have more chances of success in business in middle age compared to in your twenties. Statistics prove that people who have started families, have no debts, bought a house and paid off the mortgage and are content with a frugal lifestyle at 40 have a reasonably higher chance of success in business compared to twenty somethings.

46.  When you start a business, your employees will cheat you. Your investors will cheat you. Your office owner will lie to you. Vendors will take you for a ride. Customers won’t pay. Family members won’t understand. Your landlord will demand rent. Your life will go for a toss once you become a business owner. Ask your spouse at least 50 times before taking the plunge. It’s cool to write “Founder” in your resume. It’s not that cool to be that guy.

47. People around you will constantly pull you down with their cynicism solely because they hate your guts. Someone else’s progress seldom makes the other person happy.

48. At the same time, you will need haters to emerge. If nobody hates you, maybe you aren’t doing something worthwhile. People gossip and hate those people who are in power or are getting more influential. So if you are being hated, gossipped around, bitched about and laughed behing your back, you are making progress. You are emerging. Your probability of emerging inreases exponentially when there are many haters around. So keep your enemies closer.

49. Never assume things. Do not ridicule your colleague, he/she may become your future boss. It does not matter what you think of them and yourself. You are not going to make the decision on who is your next boss, someone else will make that decision. So it totally matters what the other guy thinks, not you.

50. Last but not the least, do the job because you like doing it. If you are doing it for a salary, social prestige, status and other reasons, you will not succeed. Work for work’s sake. The biggest satisfaction and reward is when you go to bed, close your eyes and say to yourself “I have done whatever I could and I believe I have done well today”. If you cannot stand infront of the mirror after a work day, please quit your job and find something where you can do justice to yourself. Remember, it’s a choice which you are making every single day. Nobody owes you a career, your happiness and satisfaction totally lies in your own hands, not in someone else’s.